Are you a sports fan? Ever wonder what your favorite athletes just might have done had they not made it big? Check out this list of five athletes with college degrees to see what else they have accomplished not only for themselves but for their communities, as well. 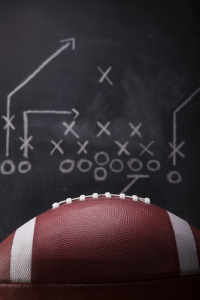 Quarterback Peyton Manning played football while attending the University of Tennessee, where he earned a Bachelor of Arts in Speech Communication in just three years. He received the National Football Foundation’s National Scholar-Athlete Award during that time. In addition to this award, there is a street renamed leading to the Neyland Stadium in Knoxville, Tennessee, in his honor: Peyton Manning Pass.

Manning began in the NFL playing for the Indianapolis Colts in 1998 and remained with the Colts through the 2011 season. In 2012, Manning began a contract with the Denver Broncos. Two years later, in 2014, he gained the position of the NFL’s all-time leader in throwing passing touchdowns, reaching his 509th touchdown pass.

Outside of the NFL, Manning has made quite a few community contributions. He founded the PeyBack Foundation with his wife in 1999 in order to help less fortunate and at-risk youth develop growth and leadership qualities. In addition to the PeyBack Foundation and other ways he and his family have helped the community, St. Vincent Hospital in Indianapolis received a generous donation from the Mannings, which led to the hospital renaming their children’s hospital to Peyton Manning Children’s Hospital at St. Vincent.

Former NBA star athlete Shane Battier graduated from Duke University in 2001 with a 3.5 GPA and bachelors degree in comparative religion. Battier won the Naismith Prep Player of the Year Award in 1997 and was named the Naismith College Player of the Year in 2001. Thus far, Battier is the only basketball player to have received both of these awards.

Battier entered the NBA playing for the Memphis Grizzlies upon graduating from Duke in 2001 and played with them until 2006, when he joined the Houston Rockets. He returned to the Grizzlies in 2011 and then finished his NBA career as a team member of the Miami Heat, with whom he won two championships during the 2012 and 2013 seasons. Battier retired in 2014.

Shane Battier is the co-owner of D1 Sports Training in Memphis, Tennessee, a program that provides athletic training, coaching, and sports therapy lessons.

Major League Baseball player Craig Breslow scored 1420 on his SATs, allowing him to pursue higher education at Yale University after finishing high school. At Yale, Breslow earned 3.5 GPA with a Bachelor of Arts in Molecular Biophysics and Biochemistry in 2002. Although accepted to New York University’s medical school, Breslow’s desire to continue his baseball career overpowered his desire to pursue medical school. He began with the San Diego Padres in 2005.

In 2006, he joined the Boston Red Sox and remained with them until 2008 when he joined the Cleveland Indians. Later that year, he went to the Minnesota Twins. In 2009, the Wall Street Journal tagged him the “smartest man in baseball.” That same year through 2011, Breslow was with the Oakland Athletics and then the Arizona Diamondbacks in 2012. However, he didn’t stick with the Diamondbacks for very long. He reunited with the Red Sox later that year.

Fun Fact: Did you know athlete Craig Breslow is both a left  hand pitcher and batter? 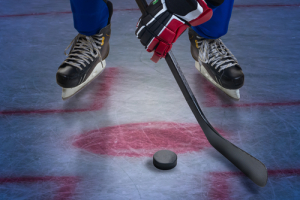 NHL athlete Tanner Glass’s stellar high school history at Lumsden High School led to his acceptance to and graduation from Dartmouth College in 2007. In addition to being an honor roll student, Glass also helped his high school hockey and baseball teams win provincial championships and participated in track and field. While in high school, Glass spent time volunteering with many youth skate programs.

Hockey remained a passion when he traveled to Dartmouth college after high school. Glass played for Big Green from freshman through senior year at the Ivy League school. He went from battling a bout of mononucleosis during his freshman year that caused him to miss eight games to becoming captain of the team his senior year. He graduated with a bachelors degree in history.

Glass began his NHL career as a member of the Florida Panthers in 2008. From 2009 through much of 2011, he played for the Vancouver Canucks. Later that year he joined the Winnipeg Jets, finishing the 2011-2012 season with them. From 2012 to 2014, Glass played for the Pittsburgh Penguins, the arch nemesis of the Philadelphia Flyers. Post-Penguins, however, Glass went on to join the New York Rangers.

Before joining the rest of the NFL athletes, Myron Rolle played on Florida State University’s football team as a safety. He spent four years at the college but managed to complete his Bachelor of Arts in Exercise Science in a mere two and a half with a 3.75 GPA. While at Florida State, Rolle landed the titles Associated Press Football All-American and BET Male College Athlete of the Year in 2008. Upon graduating, he continued to Oxford University to pursue a Master of Science in Medical Anthropology. This pursuit was interrupted, however, for his entrance into the NFL.

In 2010, the Tennessee Titans offered him a four-year contract, selected in the sixth round of the 2010 Draft. Rolle is a member of Florida State University College of Medicine’s Class of 2017.

Rolle founded a childhood anti-obesity program–Our Way to Health–for Native Americans of the Seminole tribe in Florida, as well as the Hopi, Navajo, and Pueblo Native Americans. He also runs the Myron Rolle Wellness and Leadership Academy for Florida children in the foster care system.

Many athletes have achieved greatness on the field, the ice, the court, academically, and within the community. They’re more than just fast runners, great pitchers, and expert goalies. Their jobs are never done. How will you choose to use your academic career and personal goals?