What Can You Do With A Meteorology Degree?

Home » Degrees » What Can You Do With A Meteorology Degree? 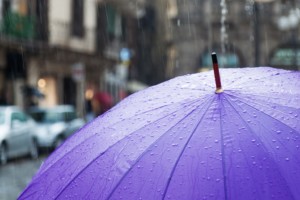 Meteorology is the study of Earth’s atmosphere. If you have a passion for clouds, thunderstorms, snow blizzards, and other weather conditions, then consider earning a degree in meteorology. You can do much more than just predict the weather with a meteorology degree. This article explores some of the different areas of meteorology as well as just a few career options available to people who have earned degrees in meteorology.

Meteorology can be broken down into a few subcategories, or more specific areas of study. Taking a closer look at these subcategories may help you better understand what meteorology majors study in school and apply to their careers upon earning degrees in meteorology.

Mesoscale meteorology involves the observation of current weather and weather patterns in layers of Earth’s atmosphere, including the troposphere, tropopause, and stratosphere. Examples of weather studied in these atmospheric layers include events such as thunderstorms, squall lines, fronts, and land breezes. These weather patterns are often studied throughout their life cycles.

If you find the subject of meteorology particularly electrifying, then discuss with your guidance counselor ways in which you can prepare for further study after high school. He or she can suggest courses for you to take during your junior and/or senior year that will help you get a good grasp on the concepts of meteorology before setting foot on a college campus. You should start applying to colleges and universities to study meteorology in the beginning of your senior year of high school. If you’ve already graduated high school and your current schedule makes it difficult for you to take the traditional route, consider earning your meteorology degree online.

Located in San Antonio, Texas, the University of the Incarnate Word is a private Catholic school with a meteorology department that offers students the opportunity to earn a Bachelor of Science in Meteorology or a Bachelor of Science in Broadcast Meteorology. These meteorology degree programs aim to educate students on how and why various weather phenomena occur. Students learn how identify and analyze factors that contribute to weather patterns and phenomena present in small regions and on a global scale while receiving a rounded education in liberal arts. The programs are designed to teach students about identifying and addressing issues in regard to air pollution and other weather conditions influenced by man, as well.

The University of Reading offers outstanding meteorology programs for undergraduate and graduate students alike, noting that the Department of Meteorology is one of the world’s leading centers for both teaching and research in the meteorology industry. In addition to all there is to learn in meteorology, the school also offers excellent extracurricular activities including a weather-themed photography competition within the department, games in which students and experienced faculty can compete with one another to accurately predict weather forecasts around the world, and discussions on weekly topical weather and climate issues. These activities and more are meant to increase interest in meteorology by encouraging students to participate in events relevant to their field, which may also help build experience and communication skills necessary for success in the working world.

Plymouth State University in New Hampshire offers a Bachelor of Science in Meteorology for undergraduate students. This degree program incorporates courses in various forms of science and mathematics in order to give students valuable educational experiences that will benefit them in their future careers. Most classes required for the completion of the meteorology program consist of between 15 and 35 students so that students are able to receive the attention and dedication they deserve from experienced and highly knowledgeable educators. Internships are also available for students looking to go above and beyond in order to gain hands-on experience, which may help them achieve more advanced careers. Plymouth State University also offers a Master of Science in Applied Meteorology for students looking to further their education after earning a bachelors degree.

Studying meteorology isn’t just for someone who wants to broadcast the daily weather forecast over the television or radio. The study of meteorology is useful to many different industries for various reasons. While you’re enrolled in a meteorology program at an accredited college or university, you should also spend time considering career options that will become available to you once you’ve completed your degree program. Choosing a career path while still in college can help you focus on taking courses that will benefit your future in that particular career.

*Note: The Bureau of Labor Statistics groups all meteorologists and atmospheric scientists together, and the website states that the median annual salary for this group was just over $89,000 in 2012. 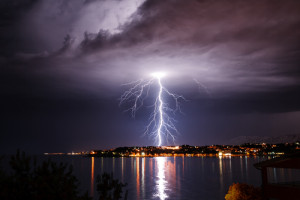 A forensic meteorologist may assist with investigations by using computer programs to reconstruct previous weather patterns in order to demonstrate how the weather may have been a contributing factor to crimes or damage that took place at certain times. Reconstructed weather conditions may include anything from thunderstorms to air pollution in defense of damage done by winds, flooding, or other natural causes. Forensic meteorologists may enter the field with bachelor degrees in anything from meteorology to chemistry to even electrical engineering, although advanced degrees like a masters in meteorology are particularly beneficial. These meteorologists have particularly keen analytical and computer skills, as well.

An atmospheric meteorologist analyzes how the environment is affected by the physical properties of Earth’s atmosphere in order to identify and further analyze weather patterns. They may also present weather forecasts to the public via television or radio broadcasting. Broadcast meteorologists also post weather updates on social media sites and news websites, as well. They possess advanced knowledge in the use of computer programs used for the identification and analysis of weather conditions. An atmospheric meteorologist also has at least a bachelors degree in meteorology.

Companies across the globe are looking for people with meteorology degrees regularly. Below is just a brief list of places who hire people with various levels of degrees in meteorology.

Meteorology is an industry that will never become extinct. The human race relies and always will rely on those educated in the field of meteorology for weather condition predictions, so jobs for people with meteorology degrees will always exist.