What Can You Do With A Military Degree?

Home » Degrees » What Can You Do With A Military Degree? 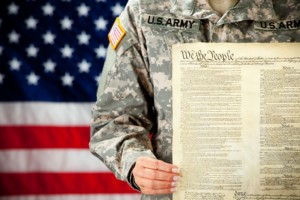 A degree in military studies is an excellent way to explore various historical and scientific aspects of warfare. What can you do with a military degree, then? If you’re interested in a career in some field of national security, then a degree in military studies just may be the right path for you. In this article, you will find brief descriptions of military science and military history as well as what types of jobs you may qualify for once you earn your military degree accompanied by potential salaries.

The study of military science focuses on current strategies of warfare and how those strategies correlate with politics and the economy. Military science education prepares students to take up positions as officers for any of the five military forces of the United States Armed Forces. The U.S.A.F., also known as the U.S. Military, is composed of the five branches listed below.

How to Get a Military Degree

Joining your high school ROTC program will prompt education necessary for an early start in military studies. You can find universities and colleges across the state with programs that focus on specific military studies on campus and online. Those who join the military often put their academic education on hold, but there are many online programs that allow those who serve in the military to expand their academic education while preparing to serve their country.

Ashford University’s College of Liberal Arts offers students the opportunity to earn a Bachelor of Arts in Military Studies, an online program in which students study the role of the U.S. Military in the country’s defense and its peacekeeping efforts. The bachelors degree in military studies helps prepare students who plan to explore careers in any of the five main sectors of the U.S. Military as well as the Department of Defense and the Department of Veterans Affairs. Faculty members have extensive knowledge of military practices and history in order to better prepare students for careers in their desired fields.

Excelsior College has an online program in which students can earn a Bachelor of Science in Military Studies. The program provides education that prepares students for careers related to national security. Students are also able to actively communicate with knowledgeable advisors to help them best understand how to reach the path to academic success while actively serving in the military. The program explores the historical, scientific and leadership aspects of military life and the implementation of military tactics. The college has proudly provided degrees with this relatively new program to over 60,000 students who possess military backgrounds.

Oregon State University offers a Military Science Program for students who are enlisted in the U.S. Army that builds their knowledge of military operations and officership in order to help them excel on and off the field during their time of service. Students are also offered financial aid in the form of scholarships and stipends from the government for their desires to expand their military education and must have updated physicals and at least a 2.0 GPA in addition to other requirements for eligibility for enrollment in the degree program. This degree program allows students to personally interact with each other and their educators in the classroom and in outdoor activities to enhance their knowledge and experience in military science and leadership.

Careers with a Military Degree

Once you earn a degree in military studies, whether military science or military history, you will find that many opportunities will become available to you. Before you graduate, it is important to have a general idea of the career path you plan to enter once you complete the program requirements that way you can form your education to fit your career goals for a greater educational experience.

If you are enlisted in the U.S. Armed Forces, you and your family may receive exceptional compensation for serving your country. Compensation often includes but is not limited to free or subsidized housing and education in addition to health care and retirement pay.

Depending on their ranking, officers with less than two years of experience can expect to earn between $34,000 and $53,000 annually or more based on skill levels.

Intelligence officers often work for the U.S. Air Force by assisting in the protection of information from outside threats. They also use data gathered related to opposing forces to help allies defend against the enemies. Intelligence officers are responsible for supervising members of the team to ensure that data is being assessed efficiently and correctly and that the data is sent only to its intended recipients.

Intelligence officers with less than two years of experience can expect to earn around $34,000 to start. There is always room for promotion and, in turn, pay increase. 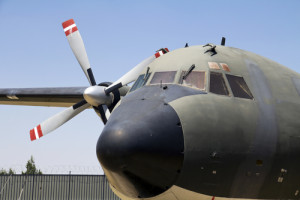 An aviation supply officer of the U.S. Marine Corps monitor budget management and inventory as well as keeping records of aviation logistics to ensure safety and reliability. Aviation supply officers set goals and develop and implement strategies to achieve those goals within the department, as well. They possess excellent communication skills in order to stay in contact with supply agencies and supervise their department.

Once you earn your military degree, you can find all sorts of jobs available within the U.S. Armed Forces and the American government. Links to assist in your job hunt for positions in the U.S.F.A. are provided below.

It is important to note that many positions do require additional training for specific certifications in order to serve in certain sectors. Before committing yourself to one position, be sure you perform further research to become aware of all necessary requirements.