Plenty of past and present NBA players hold college degrees. Check out this list of knowledgeable players who chose the court over their academic achievements. 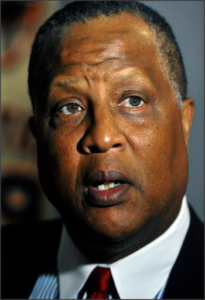 Starting forward NBA player Jamaal Wilkes earned a Bachelor of Science in Economics from the University of California, Los Angeles, in 1974.

Wilkes started out his NBA career drafted by the Golden State Warriors in the 1974 NBA Draft. He was named NBA Rookie of the Year in 1975 and remained with the Warriors through the 1976-77 season, going to the Los Angeles Lakers from 1977 through the 1984-85 season. In 1985, he joined the Los Angeles Clippers. During his time in the NBA, Wilkes was a four-time NBA champion and three-time all-star.

After his NBA career, Jamaal Wilkes spent seven years as a real estate and mortgage consultant. In 2003, he formed the Jamaal Wilkes Financial Advisors, LLC, an organization that provides consultation services for those struggling personally with their finances.

In addition to his star NBA career, Michael Jordan has a bachelors degree in geography that he earned in 1985 from the University of North Carolina. In 1982, he was named ACC Freshman Player of the Year for his basketball achievements; and during his junior year, he played on the US Olympic team, winning the gold medal.

After retiring from basketball upon his father’s death, Jordan chose to participate in minor league baseball as an outfielder for the Birmingham Barons for one year. 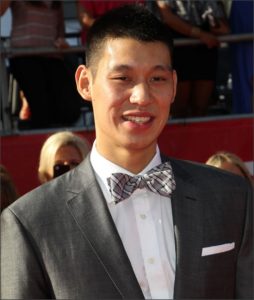 Harvard graduate Jeremy Lin has a bachelors degree in economics that he earned with a 3.1 GPA. Although he did not receive a scholarship for basketball entering college, Lin did make All-Ivy League Second Team during his junior year at Harvard.

Lin was undrafted after graduating in 2010. As a free agent, he played for the NBA Development League the Reno Bighorns from 2010 to 2011 and for the Erie Bayhawks in 2012. He also played in the NBA for the Golden State Warriors, New York Knicks, Houston Rockets, and the Los Angeles Lakers.

Fun Fact: The percentage of college basketball players who make it pro is approximately one percent.

Playing for the Texas Longhorns from 2000 to 2004 at the University of Texas, Royal Ivey did not finish his senior year due to his desire to best prepare himself for the NBA drafts that year. However, he did return to the University of Texas later to earn his degree in applied learning and development in 2001.

Originally drafted by the Atlanta Hawks as a point guard, Ivey played with them until 2007 when he joined the Milwaukee Bucks for a year. After that, Ivey spent a few years with the Philadelphia 76ers. He also played for Oklahoma City Thunder.

After earning his degree in 2011, Ivey mentioned in an interview that he has a passion for coaching and hopes to pursue it one day. Turns out his playing paid off. He’s now an assistant coach in the NBA D-League. 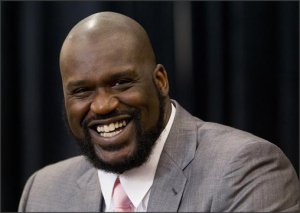 Former NBA center, actor, and musician Shaquille O’Neal is one highly educated basketball giant. He has a bachelors in business administration from Louisiana State University (1992), an M.B.A. in Business Administration and Management from the University of Phoenix (2006), and a Ph.D. in Education from Barry University (2012) in Miami, Florida.

O’Neal was selected by the Orlando Magic in the 1992 NBA Draft and declared Rookie of the Year for the 1992-93 season. He continued to play for the Orlando Magic until the end of the 1995-96 season, after which he joined the Los Angeles Lakers until 2004. From 2004 through the 2007-08 season, O’Neal held a spot on the Miami Heat, then spending a year with the Phoenix Suns. After that year, he spent one year with the Cleveland Cavaliers. He spent his last year in the NBA with the Boston Celtics.

It’s never too late to chase your dream, whether it’s playing basketball or earning a doctorate degree or another life-changing goal. You’ll get sidetracked, you’ll get discouraged by many factors, but don’t give up. Don’t ever give up on believing you can reach for the stars. Who knows? Maybe you’re like Shaq and tall enough to reach those stars!