What would your favorite celebrities be doing now if they weren’t on or behind the camera or dodging paparazzi on a daily basis? You may be surprised to learn that they’re quite knowledgeable, maybe even geniuses. Check out this list of just ten celebrities with college degrees. 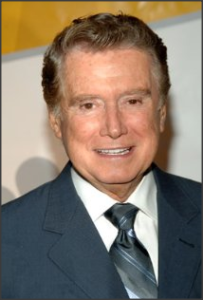 The very first host of Who Wants To Be A Millionaire actually has a sociology degree! That’s right. Regis Philbin, famous talk show host for many a year, earned a bachelors degree in sociology from Indiana’s University of Notre Dame in 1953.

After graduating college, Philbin served in the United States Navy. Following his time in the Navy, he landed a job as a radio talk show host–the start of his star career.

Martha Stewart is a one-of-a-kind renaissance businesswoman, what with her accomplishments in merchandising, publishing, broadcasting, and more. But business hasn’t always been her thing. She attended Barnard College in New York City, from which she graduated with a bachelors degree in European and architectural history in 1962. While enrolled at Barnard, her business senses began to show when she took a job modeling for Chanel in order to help pay for her college education.

Serious actor, director, and producer Kevin Costner was actually a frat boy of Delta Chi Fraternity while attending California State University, Fullerton. He graduated in 1978 with a Bachelor of Arts in Marketing and Finance.

Upon graduating from California State, newlywed Kevin Costner worked as a marketing representative for a mere month. He took evening acting classes, with the support of his new wife, while working jobs as a fisherman, truck driver, and even Hollywood tour guide.

Actor and comedian Steve Carell got his bachelors degree in history, graduating from Denison University in Granville, Ohio in 1984. While in college, Carell served four years as goalie of the Big Red hockey team. He was also a member of Burpee’s Seedy Theatrical Company, an improv comedy troupe run by students of the university.

Among the many celebrities with college degrees is actress and comedian Lisa Kudrow. Well-known for her role as the ditzy blonde on the television show Friends that ran from the mid-1990s to the early 2000s, Kudrow actually isn’t such a ditz. She’s got a Bachelor of Science in Biology from Vassar College, located in Poughkeepsie, New York. A private university originally founded as a women’s college in 1861, Vassar College went co-ed in 1969.

Another famous celeb, Anne Hathaway (The Princess Diaries) also attended Vassar College, though much later and as an English major. However, Hathaway did not finish her degree. 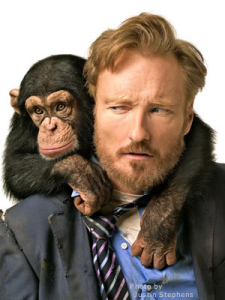 Controversial comedian Conan O’Brien is one sharp tool. He graduated from Harvard University in 1985 with a bachelors degree in history. During his time at Harvard, O’Brien served as president of the Harvard Lampoon, founded in 1876 and remains this second-largest continuously published humor magazine in the world.

O’Brien contributed to the writing and production of the television show The Simpsons from 1991 to 1993 and has hosted shows like Late Night with Conan O’Brien and The Tonight Show. He continues to amuse audiences to this day.

Girls go gaga over actor Gerard Butler’s good looks and swoon over his Scottish accent, a feature not so prevalent in American acting. But what would they have done if he had not been fired from his job right out of college?

Butler graduated with honors from public school Glasgow University, where he also earned a law degree. After college, he took on a job at a law firm, a two-year requirement for gaining qualification to practice law in Scotland. However, Butler was fired just one week prior to the completion of this requirement. That’s when he chose to pursue a career in acting.

Before graduating from Princeton University with a bachelors degree in French literature, model and actress Brooke Shields almost didn’t exist. Because her parents hadn’t been married, her father’s family wanted to sweep the evidence under the rug so they paid Shields’s mother to terminate the pregnancy. Her mother had other plans, however. She accepted the money but then refused to fulfill their request.

As a young girl, Shields was given piano lessons and took riding and ballet lessons. Her mother also helped Shields get into modeling at a young age.

Desperate Housewives actress Eva Longoria is another of the many celebrities with college degrees. She earned her Bachelor of Science in Kinesiology from Texas A&M University, Kingsville. She later took three years to earn a masters degree in Chicano studies, tweeting her excitement for finally completing the degree program in 2013. 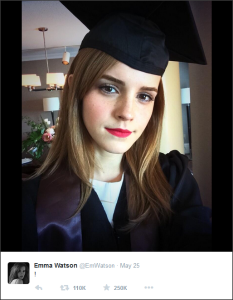 Actress and Goodwill Ambassador for women of the United Nations Emma Watson also took to social media site Twitter to announce her achievement, posting a quick pic donning her cap and gown in May of 2014. Once admitting in an interview that she can relate to Hermione Granger (Harry Potter) when it comes to academics, Watson began her post-secondary education at Brown University in Providence, Rhode Island but later transferred to Oxford University in England. However, Watson took a year off in 2011 and then returned to Brown to finally complete the degree program to earn her Bachelor of Arts in English Literature.

So why aren’t they college professors or scientists or lawyers? Everyone has their own paths in life, and they don’t always lead where we expect. Sometimes life throws us curve balls. Sometimes our desires change. Sometimes we choose to pursue other passions. One small decision can affect the rest of your life, so it’s always good to have a backup plan.