What Can You Do With An English Degree?

Home » Degrees » What Can You Do With An English Degree? 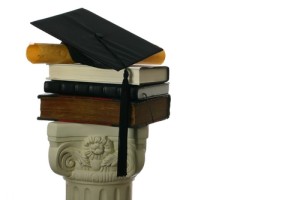 “What can I do with an English degree?” you ask. Well, here is where you’ll find the answer. You will find out some of the most commonly offered areas of study in English, higher education facilities that offer these options, career paths you can explore, and even a handful of companies that look to hire people with English degrees. Over the years, many studies have shown that English has remained the third most commonly used language in the world, so there are plenty of career options for English majors all over the globe.

Popular Areas of Study in English

What should you expect to learn about when you choose English as your field of study in college? Most liberal arts schools offer courses in the following areas of study among others:

Journalism – study of the history of print journalism, its applications, and how journalism is used in the media; learn how to become involved in any of the many occupational paths of journalism

Education – study of how to become a certified English teacher; can include middle school language arts, high school literature and history of the English language, specific college level courses that encompass any of the previously mentioned areas of study

How to Get Your English Degree

There are many, many liberal arts schools to choose from when it comes to where you plan to earn your English degree. All schools listed here can be found on Campus Explorer’s 8 Top Colleges for English Majors list. When considering higher education facilities, never be afraid to apply to more than one. In fact, it is recommended that you apply to at least three colleges or universities. You’ll never know whether you will be accepted to a school if you don’t bother to apply.

Although the school was founded in 1965, the University of California, Irvine (UCI) has a fairly new English department. It offers students opportunities to major not only in English but in literary journalism and film and media studies, as well. It also offers its students the chance to minor in linguistics. According to Campus Express, UCI’s creative writing department has been ranked as one of the top 10 in the United States. In addition to achieving a bachelors degree in English, students are also able to further their education by earning a masters degree.

Another school with a highly ranked English department is Johns Hopkins. Although it is best known for its faculty and students’ ever-growing knowledge in medical research, Johns Hopkins has fantastic opportunities for students interested in studying the fields of English and writing. It offers the second best undergraduate writing seminars in the United States and gives students the opportunity to earn a bachelors degree and PhD in English. The school also hosts enjoyable poetry readings, as well.

While attending a college or university, it is important for you to look at your career options. Once you earn your degree in English, whether it be a bachelors degree, masters degree, or doctoral degree, many career paths will be open to you. It’s only a matter of choosing which path to travel.

Careers for an Individual with a Bachelors Degree in English

If you’re interested earning a bachelors degree in English, you will have many career options available to you after you proudly walk across the stage and shake the administrator’s hand when your name is called. A few opportunities and their potential salaries are listed below. Do not feel limited to only these careers, though. You’ve got the world at your fingertips, so do not be afraid to explore it.

Book publishers possess the ability to make profitable decisions quickly, excellent communication skills, and knowledge in marketing because they are often responsible for monitoring the selection, production, and marketing of potentially successful publications. It is possible to work for a company or open your own company, but further education in business management and marketing is recommended for the latter.

Book publishers can make around $50,000 annually. 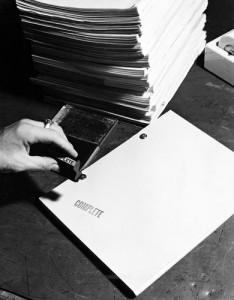 Editors often start out as editorial assistants in the world of publishing. Editorial assistants are often responsible for writing and editing content for websites, magazines, newspapers, publishing companies, etc. They also spend time researching new title ideas, feature article ideas, and images for magazine and newspaper articles. From time to time, they are required to communicate with authors and members of marketing departments, offering them their research results. Advanced communication and research skills are highly regarded by potential employers, as are individuals with high proofreading and editing abilities and who are capable of meeting deadlines.

With a further education in English, such as a masters degree, individuals are able to break into the larger-paying, more intense jobs in fields like broadcasting, film-making, and publishing.

Television writers are responsible for creating scripts for televised programs and commercials. They’re capable of writing scripts for documentaries, comedic television series, cheesy daytime soap operas, and more and are expected to produce these products in a timely fashion and meet last-minute deadlines.

Television writers can make anywhere from $38,000 to over $105,000 a year, depending on how many of their pieces are accepted, the type of piece (series, documentary, commercial), and if there is a specific contract with a television station involved.

Although speechwriters almost never receive credit for their work, the job of a speechwriter is very important. Speechwriters need to be aware of the demographics of where each speech will be given in order to best appeal to the mass audience. If you prefer to take the political route in speechwriting, you will be expected to perform research on the political demographics of an area, such as the percentage of each type of registered voter (i.e., percentage of democrats, republicans, and independents of a city), and to stay up-to-date with the latest political news in order to form a speech in defense against other politicians.

Speechwriters are capable of making over $71,000 annually, depending on who they write for and the topic they write about.

Below is a small list of companies that hire individuals who have earned English degrees.

These and many more companies and organizations are constantly hiring people with backgrounds in the study English language, literature, film, journalism, and more. If you have a knack for creativity, writing, editing, etc., an English degree will help lead you down a career path that is right for you. Choose a higher education facility that offers an exceptional English department, and begin your studies to create a brighter future for yourself and those you will impact once you achieve your goal of earning a degree in English.