Actors and actresses don’t just make it big on the big screen. Some of them have also made it big academically. Here’s a list of 13 actors with college degrees. Check it out; you may find you don’t know them as well as you think! (Or maybe you do….)

Some of you may know him as the Terminator, others as the thirty-eighth governor of the state of California. But did you know that Arnold’s got a bachelors degree in international marketing of fitness and business administration? Yep! He graduated from the University of Wisconsin, Superior in 1979. 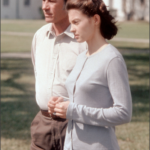 She plays the mild-mannered mother of Tris in the movie adaptation of popular teen fiction novel Divergent and has done many other films, as well. Would any of them lead you to believe Ashley Judd has a Bachelor of Arts in French? She landed that degree by graduating from the University of Kentucky in 2007.

And on top of that, Ashley also graduated from Harvard University in 2010, earning a Master of Arts in Public Administration. Talk about a well-rounded education!

The Just Shoot Me television star David Spade earned a bachelors degree in business from Arizona State University in 1986. Not too shabby, Joe Dirt. 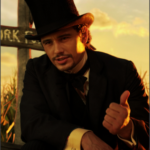 The Wizard, Oz, Harry Osborn…whatever you want to call him, James Franco is one bright bulb. He earned a Bachelor of Fine Arts in English from the University of California, Los Angeles (UCLA) in 2008, but didn’t stop there. James went on to earn two masters in writing from Columbia University and Brooklyn College!

He continued to plow through the academic industry by earning a Ph.D. in English from Yale, as well. Will he ever stop? Who knows. The man’s a walking encyclopedia of literary knowledge. He’s even had his own book published–Directing Herbert White: Poems.

Star of Interstellar, actor and writer Matthew McConaughey holds a Bachelor of Arts in Radio-Television-Film from the University of Texas at Austin, earned in 1993. He’s a wonder both on and off screen.

Black Swan and V for Vendetta actress Natalie Portman earned her college degree at Harvard University in 2003. She currently holds a bachelors degree in psychology. 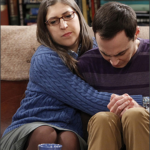 Most likely best known for her more recent acting on The Big Bang Theory television show, Mayim Bialik just may be as smart as neurobiologist Amy Farrah Fowler appears. Mayim actually possesses not only a bachelors degree in neuroscience and Hebrew studies from UCLA, but she even went as far to earn a Ph.D. in Neuroscience in 2008!

Rachel McAdams has a Bachelor of Fine Arts in Theater that has more than paid itself off. From her first appearance on the screen in an episode of The Famous Jett Jackson to sweet, confused Allie in The Notebook to her sassy character in Sherlock Holmes, Rachel McAdams is capable of playing a variety of roles.

Best known for his portrayal of Mr. Bean, Rowan Atkinson holds–get this–a bachelors degree in electrical engineering! All that goofy fumbling around in film after film…who would have imagined the actor to be such a handyman?

30 Rock and Saturday Night Life television comedian Tina Fey knows what she’s doing. She graduated from the University of Virginia in 1992 with a Bachelor of Arts in Drama. 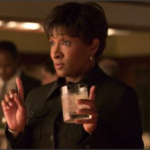 Actress Wanda Sykes always offers us comic relief in whatever movie she pops up in, from Over the Hedge to Monster-in-Law. But she hadn’t always planned on trying to get on the big screen. She originally graduated from Hampton University with a bachelors degree in marketing and left to pursue a government career. After a short time, she just didn’t feel cut out for the job.

Will Ferrell must have felt right at home on the set of Anchorman. The comedian graduated from the University of Southern California with a bachelors degree in sports information/broadcasting.

How ’bout them apples? From psychology to drama, marketing to neuroscience, actors never cease to amaze their audience. And these are only thirteen actors with college degrees! Imagine how many more of them have hidden knowledge and skills.