The world would be an awful place without the sound of voices singing in harmony, without acoustic and electric guitars, without piano keys and headbanging drummers. What if these musicians had chosen to pursue careers related to their college degrees instead of giving the world more of a cultured taste of tunes? Check out this list and try to imagine music without all of this list’s talented musicians. You may be quite surprised to find out who earned a degree in what subject! 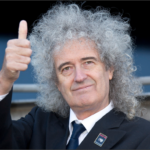 Queen guitarist Brian May doesn’t just get down and dirty with the strings. He has a Bachelor of Science in Physics and Mathematics, and in 2007 he completed a doctorate program at Imperial College London, earning him a Ph.D. in Astrophysics. Not only is the man a guitarist, he’s an astrophysicist!

Singer Gloria Estefan attended the University of Missouri, graduating with a Bachelor of Arts in Psychology and minor in French in 1979. Gloria worked at the Customs Department of Miami International Airport as an English/Spanish/French translator while in school. Because of her multilingual capabilities, she was also approached and offered employment for the United States Government. Lucky for the music industry (and now husband Emilio Estefan), Gloria chose instead to further develop her musical talents.

Songwriter and lead singer of punk rock band Bad Religion, Greg Graffin is highly educated. Not only did he double-major in anthropology and geology as an undergraduate at the University of California, Los Angeles (UCLA), but he also has a masters in geology. In addition to these major academic accomplishments, Greg went even further, earning a Ph.D. in Zoology at Cornell University in 2003.

Legendary front man for The Doors, Jim Morrison also attended UCLA. It was here where he earned his Bachelor of Science in Cinematography. However, he refused to go to the graduation ceremony in 1965 and had his diploma sent to his mother, Clara.

Country singer Kenny Chesney didn’t have to serenade the world about his sexy tractor, but he chose to do so. What would life be without a little twang? Besides, he’s probably still using skills he learned from the advertising degree he earned from East Tennessee State University in 1990. No shoes? No shirt? No problem! (Or tank tops and flip flops, of course.)

Best known for her song “Stay (I Missed You),” Lisa Loeb attended Brown University after high school. She graduated from Brown with a Bachelor of Arts in Comparative Literature in 1990, set with a backup plan if her music career should flop.

Country musician Reba McEntire graduated from Southeastern Oklahoma State University in 1976 with a bachelors degree in elementary education. Instead of pursuing a teaching career, however, Reba took to her minor in music instead. She has also starred in her own television show, introducing her fiery redheaded humor to audiences around the nation.

Band member and founder of Sha Na Na Robert Leonard studied at Columbia University where he earned a Ph.D. in Linguistics.

Another graduate of UCLA on the list, musician Sara Bareilles earned her Bachelor of Arts in Communication Studies in 2002. Her debut single “Love Song” hit mainstream charts pretty hard in 2007, sticking around the Billboard Hot 100 for a grand total of 41 weeks. The single was nominated for two Grammys–Song of the Year and Best Female Pop Vocal Performance–in 2009. She’s released some more good-feeling tunes since then, including the single “Brave” that was released in April of 2013. 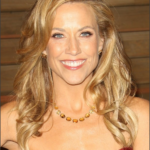 Singer-songwriter and breast cancer survivor Sheryl Crow graduated from the University of Missouri in 1984 with a bachelors degree in music education. She spent two years after graduation putting her degree to work, teaching music classes at an elementary school in Fenton, Missouri. Since then, she expanded her musical horizons by shoving herself into the music scene in 1986, allowing her talents to grow and in turn reach millions of fans who can easily relate to many of her songs.

Sheryl’s alma mater awarded her an honorary degree in 2011 for her efforts in music education and promotion as well as her strength and perseverance through personal struggles.

Tom Morello has provided his guitar skills to many a musical group, including but not limited to Rage Against the Machine, Audioslave, and even the Boss himself–Bruce Springsteen and the E Street Band. He graduated from Harvard University in 1986 with a Bachelor of Art in Social Studies.

Alfred Yankovic created his persona “Weird Al” for a college radio program, and it just stuck. After graduating valedictorian of his high school, Weird Al ventured to California Polytechnic State University (where his stage name came into existence) and graduated from the university with a degree in architecture. Al brushed his academic achievements aside, though, and pursued a career he’s known best for–creating parodies of popular music and producing them for all to hear.

Each of these lovely musicians with college degrees has influenced the industry in one way or another. Where would our culture be without Weird Al’s comic relief as an escape from reality or the spicy sound of Gloria Estefan to straighten out our stale moods? The music industry certainly wouldn’t be the same, that’s for sure.